Isle of Man Start Up and Innovator – your questions answered

Notaries in the Isle of Man – what do we do?

The partner route and getting Indefinite Leave to Remain (ILR)

Isle of Man Start Up and Innovator – your questions answered

Which route shall I choose – Start Up or Innovator?

There is no right or wrong route as it depends on your circumstances and what you want to achieve. Under Start Up you don’t need investment funds. This option lets you explore Isle of Man for two years and see whether it is a right place for your business, before you decide to fully commit. The Start Up route caters for less experienced businesspeople and does not give direct access to Indefinite Leave to Remain (ILR). It is then possible to switch to the Innovator route for three further years and then obtain ILR.

If you are an experienced businessperson with investment funds of at least GBP50,000.00 and the intention to create jobs in the Isle of Man, then Innovator is the right option for you. This is a fast-track route which potentially allows acquisition of Indefinite Leave to Remain (ILR) in the Isle of Man and UK after only three years – the fastest out of all current immigration routes.

After obtaining ILR and being resident for five years, or a shorter period of three years if married or in a civil partnership with a British citizen, it is possible to apply for naturalisation or registration as a full British citizen.

Is the application process for Start Up and Innovator similar?

How many endorsing bodies are there in the Isle of Man? How much am I expected to pay for endorsement and which endorsing body shall I apply to? Isn’t it very hard to obtain an endorsement?

Unlike in the UK, where endorsements may only be issued by endorsing bodies such as universities and tech incubators with their own criteria, there is a single endorsing body in the Isle of Man, the Isle of Man Government Department for Enterprise. Endorsement applications are completely free of charge (no government fee). Endorsements in the UK on equivalent route can cost up to GBP20,000.00. As this is the government body tasked with encouraging inward investment and business migration into the Isle of Man, we expect it to be much easier for good business ideas to be endorsed in the Isle of Man, compared with the UK. Talk to Kinley Legal about your business idea and we can work together with you and your other business advisers to help ensure successful endorsement.

Can I obtain Start Up or Innovator visa together with one or more business partners?

Yes, multiple people applying at the same time can together establish or invest in the business as a team. However, unlike the previous Tier 1 (Entrepreneur) route, the team members cannot share the minimum investment requirements for (Innovator) and will each need to invest a minimum of GBP50,000.

Can I work for someone else on Start Up and Innovator routes?

You cannot be a direct employee of someone else’s business, but your businesses may be able to provide your services to other companies.

How innovative does my business idea need to be?

The idea does not need to be “innovative” in the sense of a technology project or being a completely new idea, no element of which has been tried previously. Instead, the business idea must simply be a genuine, original business idea that meets new or existing market needs and/or creates a competitive advantage.

Is there a minimum investment funds requirement for an Innovator visa?

You will need to demonstrate that you have funds in an amount equivalent to at least GBP50,000.00 to invest into your intended business in the Isle of Man. This is a minimum requirement – as a businessperson you must understand that one cannot run a business for three years on GBP50,000.00. If you are able to demonstrate a higher amount, that is preferable. You will need to provide detailed evidence showing that those funds must have been held by you for at least two years, or be derived from a gift, the sale of assets, an inheritance or a divorce settlement.

Is it possible to switch into Innovator route?

In certain circumstances, applications can also be made by people who are already in the Isle of Man or UK on other immigration routes: eligible switching routes include people with Worker, Worker (Seasonal) or UK Skilled Worker work visas. You can also switch to Innovator from Start Up.

As an Innovator applicant, can I join an existing business?

The Isle of Man Innovator route allows people to join or take over existing businesses, as an alternative to starting a new business.

Do I need a work permit in addition to my visa?

The main holder of a Business Migrant visa is exempt from the requirement to hold a separate Isle of Man work permit. Your dependants may need work permits, but the partner of a visa holder can obtain this easily.

How good does my English need to be?

You will need to demonstrate your English level in a way prescribed under the Immigration Rules, for instance by passing an IELTS for UKVI SELT test at CEFR level B2 across all four subjects.

How can Kinley Legal assist with either Isle of Man Start Up or Innovator application?

Kinley Legal is a fully insured specialist law firm, specialising in Isle of Man immigration and British nationality work. All our lawyers are based in the Isle of Man and hold qualifications to practise not only in the Isle of Man, but also jurisdictions such as England and Wales, Ireland and South Africa. 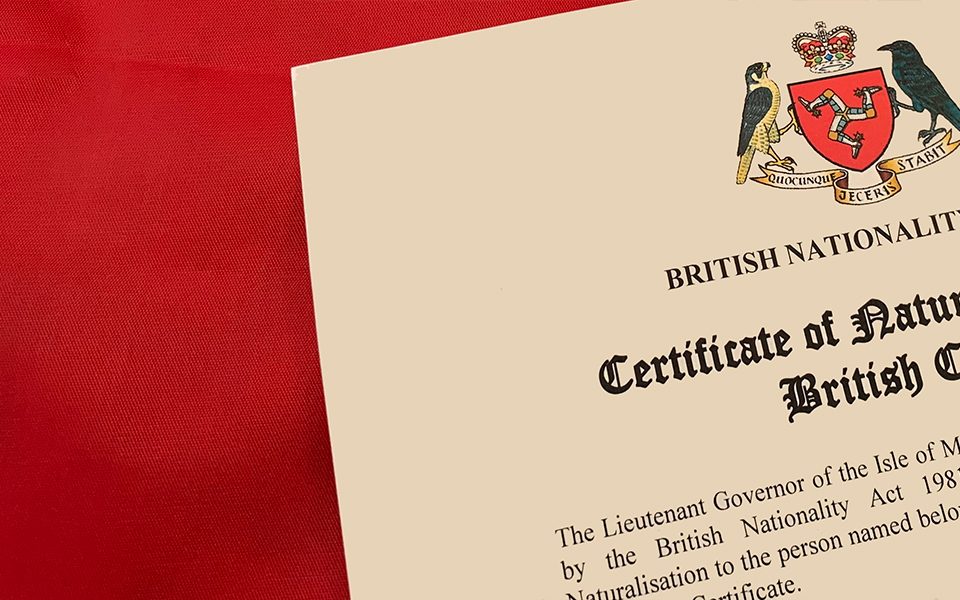 British citizenship, and how to get it 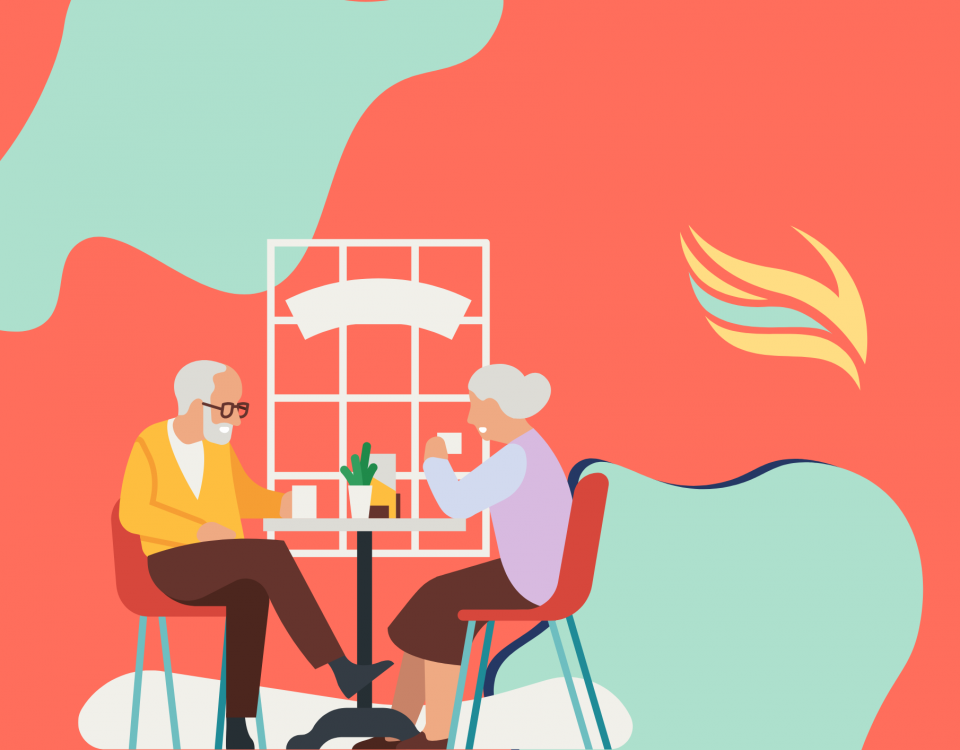 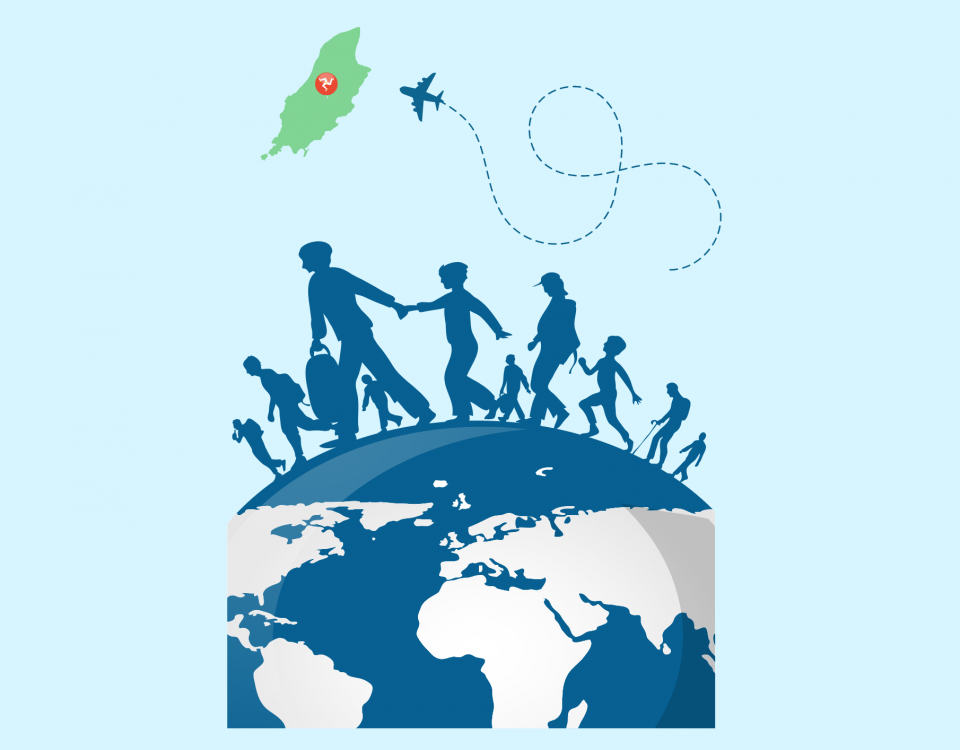